The sea ice extent in the Arctic Ocean reached its annual minimum of 4.81 million square kilometres on 12 September 2021. As such, the 2021 Arctic sea-ice minimum comes in at 12th place on the negative list for absolute values. Sea-ice extent in September is one of the strongest signs of climate change, experts pointed out in the recently published 6th Assessment Report of Working Group I of the Intergovernmental Panel on Climate Change. It has declined by about 40 per cent over the last four decades.

At 4.81 million square kilometres, the Arctic sea-ice minimum in 2021 was a roughly 1.5 million square kilometres above the previous negative record in 2012, when the satellites recorded a residual area of 3.27 million square kilometres. “Despite this comparatively moderate ice retreat, we’re definitely not seeing a recovery of the Arctic sea ice,” says Prof Christian Haas, Head of the Sea Ice Physics Section at the Alfred Wegener Institute, Helmholtz Centre for Polar and Marine Research (AWI). “First of all, the current sea-ice minimum lies far below the values we know from the 1990s and 2000s. In other words, it confirms the trend of substantial decline in sea-ice extent of more than ten percent per decade.”

For another, both satellite observations and on-site observations (e.g. from the Wandel Sea off the northeast coast of Greenland, and in the Beaufort Sea) show that the ice thickness is decreasing and the sea-ice concentration in both regions is unusually low. The current ice distribution shows once again how variable the sea-ice development is, and what regional differences can appear from year to year. Thus, the year 2020 showed the second lowest sea- ice extent ever observed, but this year's value does not mean an all-clear for the experts: For instance, there were similarly large changes in the remaining ice area from 2012 (all time negative record) to 2013, and from 1995 (minimum at that time) to 1996.

An essential factor in the relatively slow melting this summer was prolonged low atmospheric pressure in the Central Arctic. “Especially in June and July, its existence prevented the influx of warm air masses into the Central Arctic and stabilised the sea-ice situation. In August, a high-pressure system established itself over the European part of the Arctic, while the low-pressure system shifted to the Beaufort Sea, producing temperatures 2 to 3 degrees Celsius below the long-term average. This comparatively cold air kept the ice from melting, even though the ice concentration in the region was in some cases extremely low,” says AWI climatologist Dr Monica Ionita-Scholz.
Experts from the AWI and the University of Bremen have comprehensively analysed the regional changes as well as the climatic conditions in the sea ice portal: https://www.meereisportal.de/en/archive/2021-kurzmeldungen-gesamttexte/sea-ice-m...

Printable images are available in the online version of this press release: https://www.awi.de/en/about-us/service/press.html

The Alfred Wegener Institute, Helmholtz Centre for Polar and Marine Research (AWI) conducts research in the Arctic, Antarctic and oceans of the high and mid-latitudes. It coordinates polar research in Germany and provides major infrastructure to the international scientific community, such as the research icebreaker Polarstern and stations in the Arctic and Antarctica. The Alfred Wegener Institute is one of the 18 research centres of the Helmholtz Association, the largest scientific organisation in Germany. 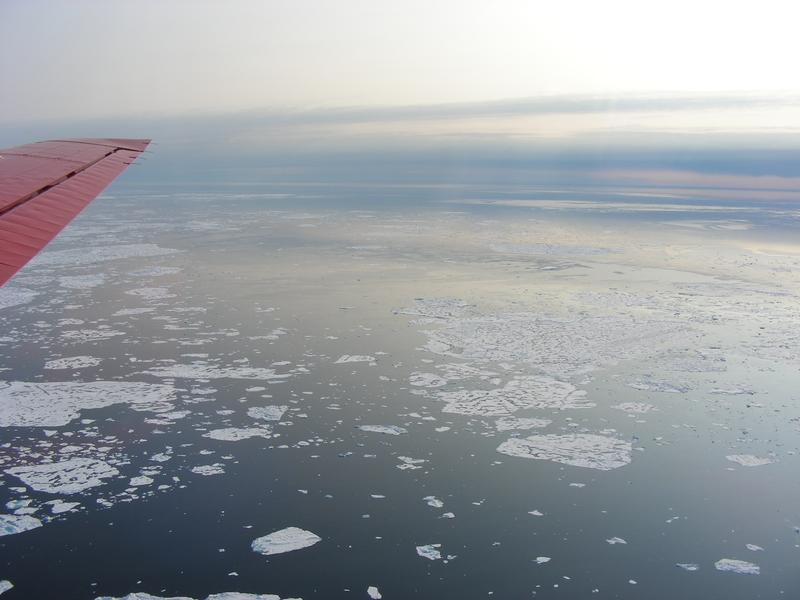