Tourism and urban settlement are directly linked to a massive decline in insect species on oceanic islands. Scientists from the University of Bayreuth recently discovered this through research on the Maldives. On urban islands, they documented on average 48 percent fewer insect species than on uninhabited islands, on tourist islands even 66 percent fewer insect species. The research team led by Prof. Dr. Christian Laforsch at the University of Bayreuth reports on its findings in the journal "Royal Society Open Science".

Oceanic islands make up only slightly more than two percent of the Earth's land mass. At the same time, however, they are home to around 20 percent of all known animal and plant species, and around 50 percent of all globally threatened species. "Human-induced global species extinction is particularly drastic on oceanic islands in the tropics. For a long time, human-introduced animal and plant species were considered the main factor in the decline of biodiversity on islands. However, population growth on inhabited islands, the resulting urbanisation, but also the increasing development of islands for tourism are leading to new potential threats to island ecosystems. Consequently, we aimed to investigate in more detail how urbanisation and tourism affect the biodiversity of tropical atoll islands," says Sebastian Steibl M.Sc., lead author of the new study.

The Maldives archipelago is particularly well suited for such research. Here, three types of islands only a few kilometres apart can be clearly distinguished from one other: uninhabited islands, islands inhabited by the local population without tourism, and islands used for tourism without any form of urban settlement. This allows the effects of urbanisation and tourism to be studied separately. This would not be possible on many Mediterranean islands, for example, because both forms of land use are closely linked there. In their study, which has now been published, the Bayreuth scientists use the example of the Maldives to demonstrate that, on the one hand, tourist land use and, on the other hand, permanent urban settlement have drastic effects on the biodiversity of tropical islands: As a rule, at least half of the species of insects, crustaceans, and other arthropods simply disappear.

Remote sensing data produced by satellite imagery shows how urbanisation fragments an island's ecosystem. "Remote sensing data clearly show us how the spread of the various forms of urban settlement and tourist land use on these islands influences natural vegetation, and thereby also reduces numerous arthropod habitats," says Dr Jonas Franke from Remote Sensing Solutions GmbH, who analysed the satellite data. According to the scientists, the decline in vegetation as a result of increasing land use is decisive for the severe loss of insect species observed on the Maldives islands populated by the native population. In contrast, the development of islands for tourism has a weaker influence on vegetation. "On islands used for tourism, it is probably the use of pesticides that mainly causes the drastic decline in insect diversity. Although pesticides are primarily used for mosquito control, other species are also affected," explains Steibl.

Exactly what long-term consequences insect mortality on tropical atoll islands, now documented for the first time, will have is still uncertain. Here, too, as on the mainland, insects, crabs, and other arthropods perform important ecological functions. These include, for example, pollinating plants and composting and recycling plant material, not least the washed-up seagras. "Our new findings provide clear evidence for the far-reaching ecological consequences of increasing human land use on tropical islands. The consequences and impacts of the documented decline in insect diversity on island ecosystems need to be investigated in more detail in further studies in the coming years", says Prof. Laforsch.

<
Fast-growing populations on many island states lead to a continuously increasing demand for and degr ...
Photo: Sebastian Steibl. 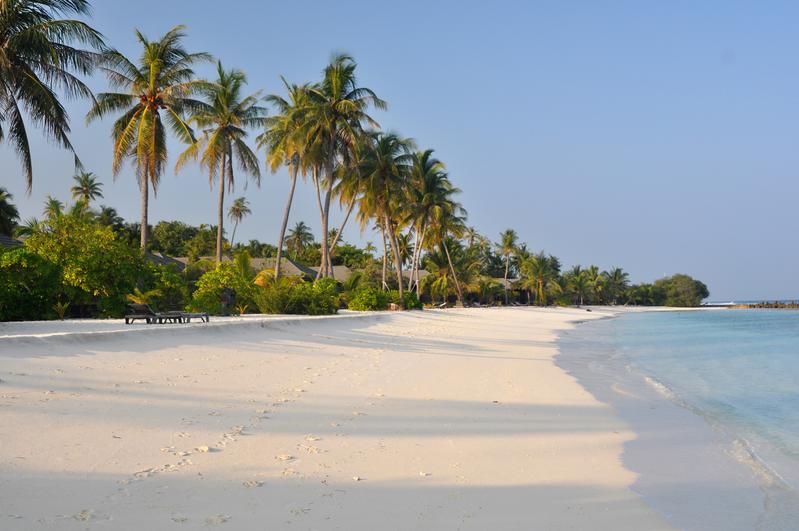 Fast-growing populations on many island states lead to a continuously increasing demand for and degradation of land on tropical islands. 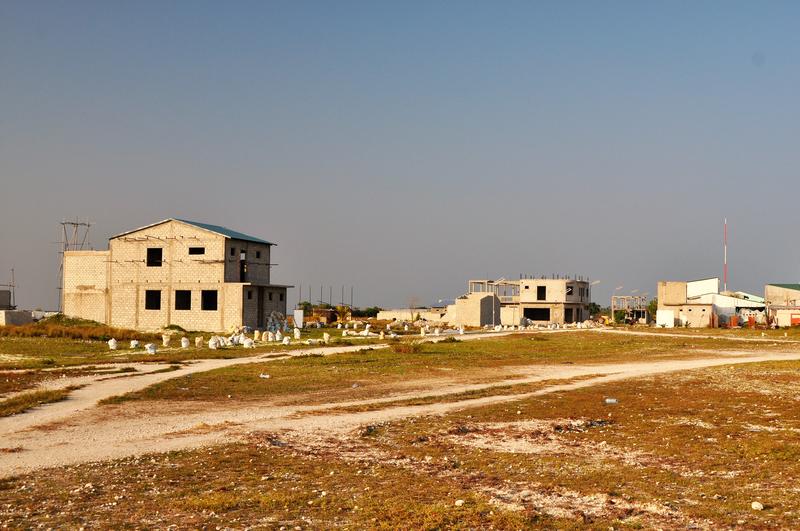